We begin our tour from Athens in the morning heading north to the continental part of the country. The route lasts roughly 4.5 hours; we travel passing both lake and sea. After the halfway point we enter the last mountain track. We stop at Trikala city for coffee and lunch and we continue for our tours. Upon arrival at Meteora we stop for photographs at the impressive natural rock pillars. In the afternoon we stop at Thermopylae, place of the homonymous renowned battle which took place at 480 BC. 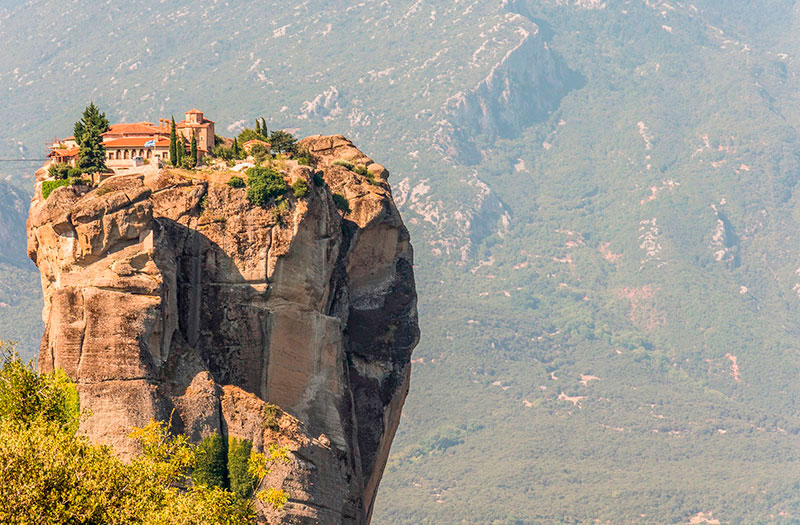 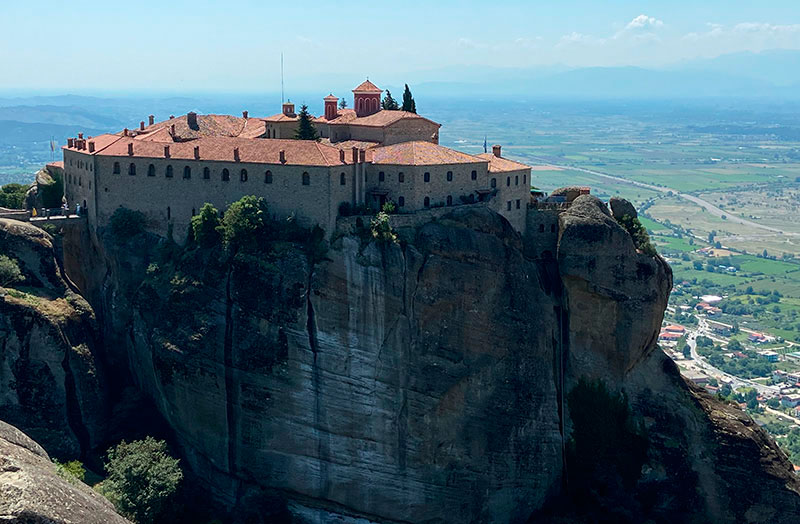 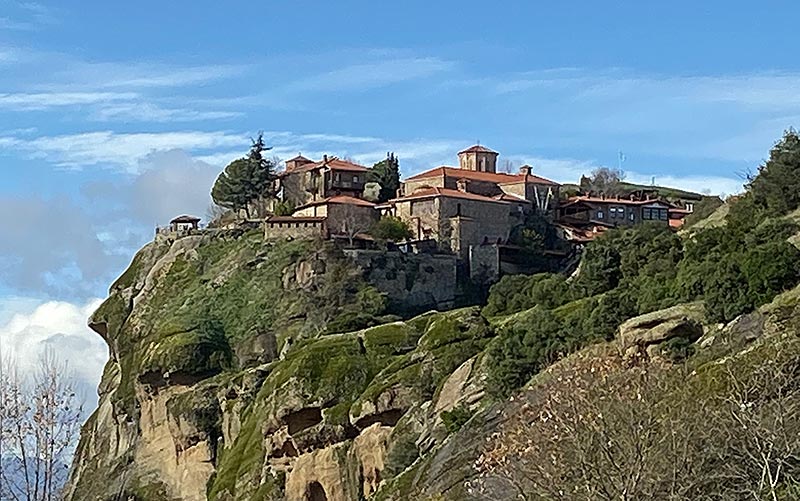 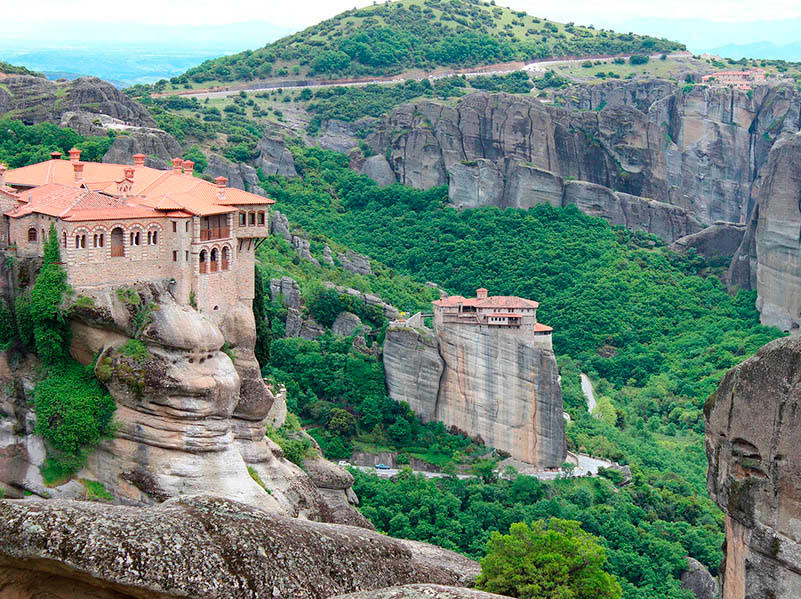 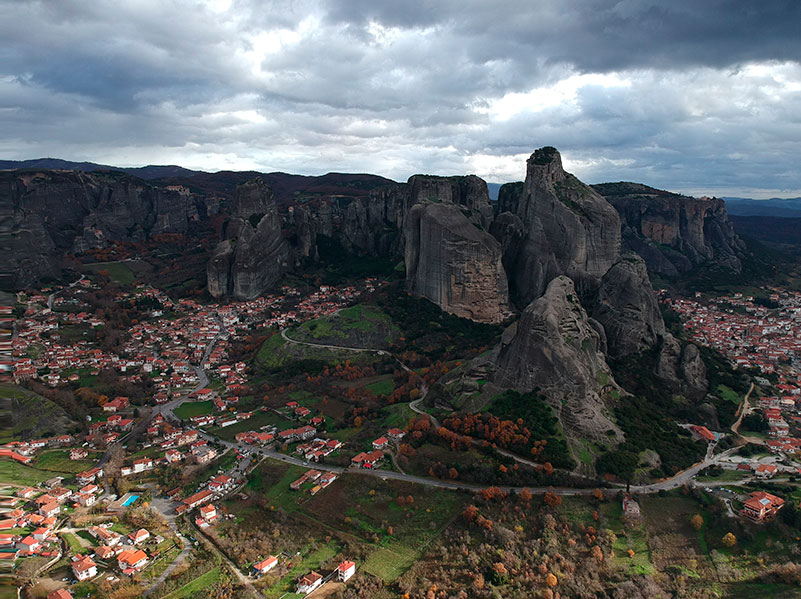 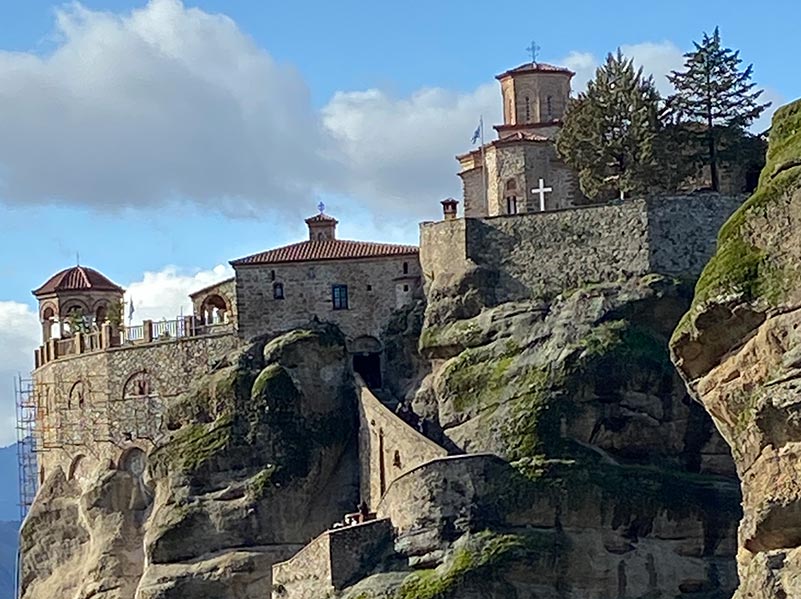 Meteora is a cluster of sandstone rocks rising just out of Kalambaka city, near Pindos mountain range particularly between mountains Koziaka and Antichasia. It is a unique geological phenomenon and an important Orthodox monument also being a World Heritage Site. The monasteries, built on top of the rocks are the second most important monastic group in Greece after Mount Athos. Thirty monasteries existed at Meteora; nowadays only six operate and can be visited::

The creation of the geological landscape is not yet clearly and scientifically interpreted despite continuous inquiries. It is interesting to mention that neither Greek Mythology nor ancient Greeks have mentioned the particular location. The name Meteora originates from recent times; it is attributed to Saint Athanasius, the Meteorite, founder of the Transfiguration Monastery (Great Meteoron) who so named the “wide stone” upon which he climber in 1344. According to the prevailed view the first hermits settled at Meteora in 12th century. Amidst the 14th century mink Nile assembled all monks who were living isolated in the rock caves, around the hermitage od Doupiani and thus organizing monasticism at Meteora. Over time this monastic state was enriched with an increasing number of monks reaching its peak around the 17th century.

Meteora preserved treasures, relics and many miniature artworks. Due to the location morphology many cultural and meta-byzantine artworks were saved. A representative sample of the miniature masterpieces is the excellent wooden carved temple located at the catholicon of the St. Stephen Holy Monastery. In 1989 Meteora entered the UNESCO World heritage List.